The Complete Guide To Chakra Symbols And Their Meaning 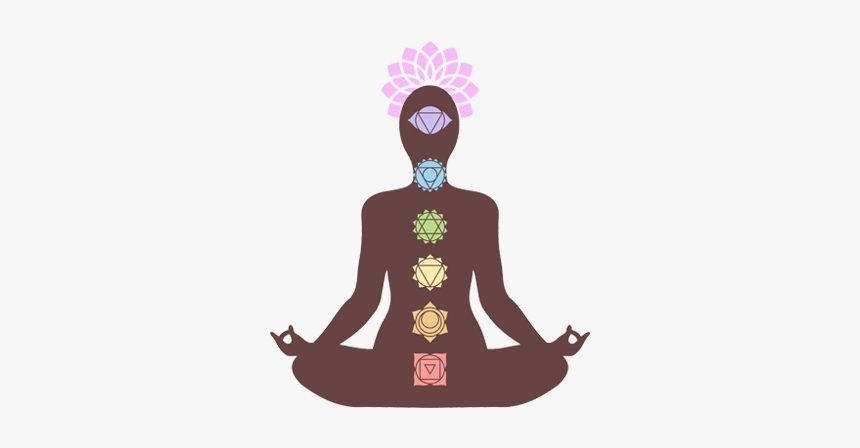 Each of the primary seven chakras has various associations, such as colors, elements, and sounds. However, the chakra symbols are probably the most eye-catching association and a common sight in yoga studios, new age stores, and other spirituality practices.

At first glance, it’s difficult to understand what a chakra symbol means. But as you dive deeper into the intriguing world of the chakra system, you’ll start to unravel the rich meaning behind these signs. So, read on to learn what each chakra symbol means and why their significance is important.

What Are Chakra Symbols?

Although there is no scientific evidence to prove the chakra’s existence, it is believed that there are seven primary chakras that run along the spine, from the tailbone to the top of the head. Each of the seven chakras represents unique qualities and energies.

The chakra symbols are a form of sacred geometry, combining imagery, geometric shapes, Sanskrit letters, and colors. They represent each chakra’s energy and have rich spiritual meaning, too.

An easy way to spot the symbol for a particular chakra is by color. The chakra colors are:

As shown below, you will sometimes see chakra symbols with their associated Sanskrit seed sound; however, they are not present in all representations.

The 7 Chakra Symbols And Their Meaning

One thing you will spot in each of the seven chakra symbols is a circle. Circles represent continuous movement and the cyclical nature of energy. Circle also represents unity and wholeness, and each chakra symbol contains one, as when all our chakras are balanced, we feel whole and harmonious.

The Sanskrit word for chakra is “wheel,” as the energy turns and spins like a wheel. As wheels are circular, it seems very fitting that this shape appears in each chakra symbol.

The root chakra is located at the base of the spine. It is responsible for our sense of safety and security in ourselves and the world around us. This center helps us remain centered, grounded, and connected to our bodies and the physical realm. The Sanskrit name Muladhara translates to “root,” “base,” or “foundation.”

The typical root chakra symbol consists of a downward-facing triangle within a square within a circle. On the outside, there are four petals.

The sacral chakra is located in the lower belly, close to the sexual organs. It is the center of our creativity, sexuality, and emotions. It governs our senses, feelings, and sexual experiences, and its element is water, representing the fluidity, flow, and movement of our emotions. The Sanskrit name Svadhishthana translates to place of the self.

The Sacral Chakra symbol consists of multiple circles, a crescent moon, and six petals on an orange lotus flower.

The solar plexus chakra sits about an inch above the belly button in the upper abdomen. It is the center of personal power, governing our self-image, confidence, courage, and determination.

The Sanskrit name Manipura translates to ‘city of jewels.’ The solar plexus contains the fire to take action and make things happen, and thus, this energy center is the keeper of the tools to achieve our dreams.

The solar plexus chakra consists of an inverted triangle within a circle of 10 petals.

The heart chakra is located in the center of the chest in line with the physical heart. This energy center is responsible for our ability to love and show compassion to ourselves and others. It also contains the positive qualities of joy, gratitude, understanding, and forgiveness.

Anahata in Sanskrit loosely translates to “unstruck” or “unhurt,” referring to the Vedic concept of unstruck sound, the sound of the celestial realm. This chakra is also associated with healing, balance, and serenity.

The Anahata chakra symbol consists of two intersecting triangles forming a six-pointed star within a circle. Outside are 12 petals, creating a green lotus flower.

The throat chakra sits at the center of the throat (the front of the neck). It is our center of communication, allowing us to speak our truth, use our voice to express our beliefs, opinions, and creativity, and listen to others.

The element of the throat chakra is air, which in astrology is the universal symbol for intellect and communication. The Sanskrit word Vishuddha means “purity,” as this energy center purifies our communication abilities.

The throat chakra symbol consists of a circle within an inverted triangle within another circle. Around the outer ring is 16 petals.

The third eye chakra sits between the eyebrows and serves as our center of intuition and imagination. This energy center helps us spot signs and omens from the universe, guiding us down the right path. It also allows us to listen to our inner wisdom better and is associated with imagination, perception, dreams, and psychic abilities. The Sanskrit name Ajna means “perceive” or “beyond wisdom.”

The third eye chakra symbol features a downward-facing triangle within a circle and two petals.

The crown chakra sits just above the top of the head and appears as a floating ball (or crown) of energy. It represents a divine connection linked to kundalini energy that rises from the root chakra to the crown, resulting in transcendence and enlightenment. For many people, this is the most challenging chakra to open.

Unknown to many, animals are also used as chakra symbolism. Each chakra has an associated spirit animal that represents the power and qualities of that energy center. Although the animals are not featured in the traditional chakra symbols, some modern-day versions include them in the artwork.

According to ancient Hindu texts, these are the associated animals for each chakra.

The chakra symbols, as described in ancient Hindu texts, present us with the opportunity to deepen our knowledge of these energy centers. These images are not just pretty colorful pictures; they convey hidden messages about the seven chakras and their qualities. Why is this important? Because the more we learn the language of the chakras, the better our ability to balance and align them.