15 Ancient Healing Spiritual Symbols Everyone Should Know About 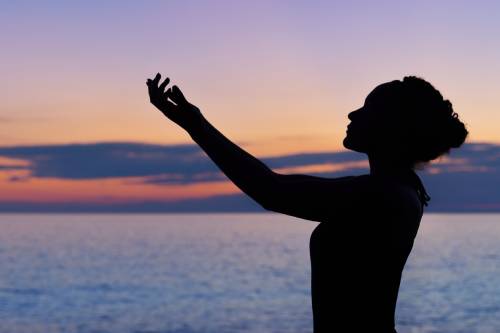 Healing symbols have been used throughout the ages across multiple cultures and religions. Despite their different beliefs and appearances, all these symbols are known for their healing qualities and ability to restore physical, emotional, or spiritual equilibrium.

However, healing spiritual symbols are not only ancient art used in Shamanic traditions; many are still used today in practices such as meditation, yoga, and Reiki. Let’s uncover some of the most potent healing symbols and their meanings.

What Is A Healing Symbol?

A healing symbol is an image, sign, or word with a spiritual representation of healing. Healing symbols are found in all cultures and religions worldwide, from Hinduism and Buddhism to Ancient Egyptian and Greek mythologies.

Healing symbols are typically used in rituals and ceremonies to promote healing and spiritual protection for the receivers. Each spiritual sign has unique healing powers. For example, some are believed to assist in the healing process of wounds, some may help to cure disease, and others are therapeutic for mental and emotional conditions.

10 Powerful Healing Symbols And Their Meanings

Here are ten of the most common healing spiritual symbols and their meanings. Some you will surely recognize as they continue to be used today, whereas others are lesser known in the modern world but are just as significant.

The yin-yang symbol is probably the most famous spiritual symbol around the world. It represents the balance between the opposing energies; masculine and active(yang) and feminine and passive (yin).

The concept of yin and yang originates from the ancient Chinese religion of Taoism, dating back to 1400 BC. Yin and yang relate not just to our personal lives but to the whole of creation and are often seen in nature, such as night and day.

You cannot have one without the other, and an equal balance between these two energies results in harmonic equilibrium. This is shown in the yin-yang symbol by the perfect fit of both sides and the small circles containing the opposing energy. This union is essential as an imbalance between the two is said to be the root of much trauma, disease, and suffering.

The Om symbol graces the walls of every yoga studio in all parts of the world, but many yoga practitioners do not know what it represents. In Hinduism, Om is considered the very first sound of the universe, representing the union of the mind, body, and spirit.

There is a deep meaning around the symbol for Om. The curves and lines represent the five states of consciousness taught in the yogic tradition. It also had roots in Buddhism, relating to compassion.

As a result, this ancient healing symbol contains much spiritual wisdom that even today, yogis and meditators choose to chant the word and hang the emblem in their personal space. Om is said to elevate consciousness, deepen your focus, and help you become more compassionate.

Like many others, you may associate Abracadabra with wands and magic spells. However, the word represents an ancient alchemy symbol for a healing remedy, believed to help people heal from diseases and serious illnesses.

The Abracadabra symbol consists of an inverted triangle with multiple lines of the slowly diminishing Abracadabra word. Healers would draw the mark on an amulet for their patients to wear. In addition, some people say the word Abracadabra originates from the Hebrew initials for father, son, and the holy spirit.

The Spiral Sun is another of history’s most significant healing symbols. Also called The First Healer, the Spiral Sun originates from the ancient native American culture Anasazi, dating back to 1500 B.C.

It is understood that many Shamanic tribes, including the Anasazi, believed the sun to be the first shaman. The Spiral Sun symbol was found via Petroglyphs (rock carvings), supposed to represent life’s natural movements and rhythms. In addition, the Spiral Sun contains unique healing purposes, helping you recover from unexpected setbacks and challenges that disrupt your life’s natural flow and rhythm.

Asclepius Wand / The Rod of Asclepius

Asclepius Wand, also known as the Rod of Asclepius, is a Greek healing symbol representing the mythical Greek god Asclepius, known for his powers and expertise in medicine and physical healing. It is often confused with the Caduceus wand as it looks similar but has a different meaning.

The symbol consists of a snake coiled around a wand, relating to the legend of his afterlife. According to Greek mythology, after being killed by Zeus, Asclepius returned as a serpent-bearing ghost who visited people in their dreams and healed them. Moreover, in honor of Asclepius, Greek healers began using certain snake venoms to heal wounds as it was believed the poison could stop clots.

The story of how this symbol came about is interesting. Instead of being created, it apparently came up as a vision to a yogi in deep meditation. Since then, it has been referred to as ‘The Ultimate Fractal of Healing’ as it carries properties to heal the heart and the mind.

This Ancient Egyptian Symbol represents healing through protection and restoration of health. The symbol derives from Egyptian mythology, where the god Horus, who had lost his left eye in battle, miraculously regained it.

The ancient symbol features six lines/curves, representing the six senses. In the past, the Eye Of Horus has been used in various ways for protection. For example, fishermen would paint it on their boats, and families drew it on the coffins of their loved ones for spiritual protection in the afterlife.

The Shaman’s Hand (also called Hopi Hand) is a famous healing symbol that is still commonly seen today. The simple mark consists of a spiral inside a hand, created by First Nations peoples of the southwestern United States.

The hand represents healing and protection, while the spiral relates to universal energy and eternity. Thus, it is believed to give ever-lasting protection. In the old days, warriors would carve it into their shields for protection from the enemy, and today it is a popular spiritual tattoo.

Antahkarana is a spiritual healing symbol with Buddhist and Hindu origins. It is known for its power for physical and emotional healing, particularly its ability to ward off negative energy.

Antahkarana is a Sanskrit word that translates to “internal organ” or “inner cause.” In Hindu philosophy, Antahkarana refers to the mind’s faculties, such as the sense of self, intellect, thinking, and judgment.

This emotional healing symbol is also a visual aid in Tibetan meditation healing rituals. The meditator gazes at the shape to focus their mind and cleanse the body and mind of negative energy.

The lotus flower is a symbol of purity and resurrection. It represents the nature of the natural lotus flower, rising from the dirt without damage or impurities and blossoming into a beautiful flower. It also relates to how the flower “resurrects” each morning; it opens its petals to the rays of sunlight and closes them again when the sun sets.

Thus, many people use this symbol as a reminder that no matter how bad the day has been, there is always tomorrow. Moreover, as a symbol of strength and resilience, it suggests you can rise up and become better and stronger regardless of what you have been through. That’s why it’s one of the most popular spiritual symbols for tattoos.

Five symbols are commonly used in the Japanese energy healing practice of Reiki. Mikao Usui, a Japanese medical practitioner, created these healing symbols, and each has a unique purpose, as explained below.

The Hon Sha Ze Sho Nen is the distance healing Reiki symbol. The symbol represents ‘having no present, past, or future, which relates to Reiki’s ability to transfer energy across any time, space, or distance.

The symbol is commonly used for emotional healing from past traumatic events. In addition, it can help to remove future obstacles and has the unique healing power of sending positive energy to loved ones far away.

TThe Reiki symbol Sei He Ki means “God and Man Become One,” representing the union of earth and sky. It is one of the most popular Reiki symbols for emotional and mental well-being. It is said to break up energetic blockages and free people from their past traumatic experiences.

Cho Ku Rei is one of the most powerful healing symbols as it can increase or decrease one’s power. This power activation can boost whatever area of your life is needed, such as relationships, healing, or even your career. In addition, Cho Ku Rei can remove any negative energy standing in your way, offer protection, and purify the energy systems.

Dai Ko Myo is known as ‘the master’ as it has the highest vibration among all Reiki symbols. The term translates to ‘bright shining light,’ and it has the power to activate positive energy, cleanse the aura, and heal chakras.

This Reiki symbol is associated with light, clarity, intention, understanding, and presence. It can improve your self-awareness and aid your spiritual path, helping you move towards enlightenment.

Raku, also called the Fire Serpent, is the completion symbol used at the master level or final stage in Reiki practice. Its primary purpose is to help you reground after reiki healing, but it can also be used for detoxifying or redirecting negative energy.

This Reiki symbol has a simple appearance of a zig-zagged line, similar to a lightning bolt. Reiki masters recreate the shape in the air in front of their patients. Drawing it from head to the ground allows the body and the chakras to settle and adjust the energy change from the practice and help it stay put.

Healing symbols from ancient spiritual traditions may offer a more holistic approach to healing and, thus, can be used in addition to western medicine. Although there is no scientific evidence to prove healing symbols do anything, healing rituals containing the above shapes and signs are still practiced in many parts of the world today. Thus, there could well be some sacred energy behind these intriguing symbols.