The A to Z of Incense: discovering its history, types, and uses 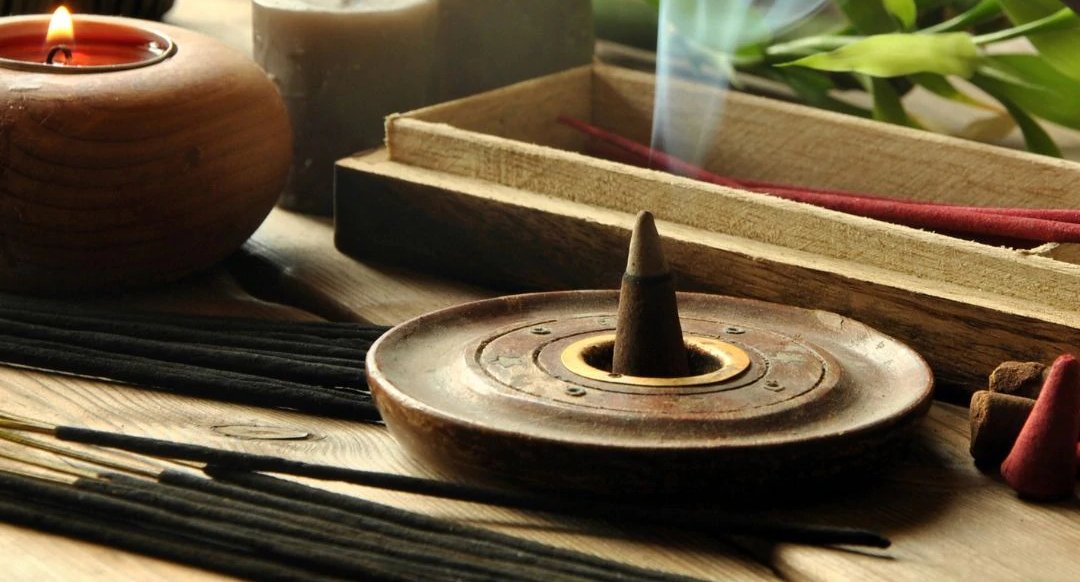 From the dawn of times, incense has always been widely used throughout the world as it represented an essential element for religious rituals and spiritual practices in general.

But spiritualism aside, the reason why incense is still now a big thing is that apparently it also has great beneficial effects: its smell can indeed significantly change the air and therefore the energy of our environment and for this reason, we might want to be extra careful when searching for the right one for our purposes.

As a consequence, nowadays the whole industry of incense is continuously thriving and a huge variety of different fragrances and shapes are being explored by an ever-growing number of brands. In this article, we’ll dive deep into its history and we’ll explore all about the main types of incense, as well as its most used ingredients so as to shed more light on this timeless, fascinating, tradition.

The practice of burning incense is always been an integral part of many religious rituals since the remote times of ancient Egypt. This tradition has then spread through many countries both in Asia and the Roman Empire. And interestingly enough, the word “incense” itself derives from the Latin term “incendere” which literally means “to burn”.

Through the years though, incense has then extended to other purposes and gradually became even more commercialized thanks to the advent of the science behind smells, the so-called “aromatherapy”. With that, we have progressively started to gain a better understanding of the various effects that specific scents can trigger on both our body and mind.

You might agree with me when I say that whenever the smell of incense reaches our nostrils, its captivating fragrance usually recalls the idea of something somewhat spiritual, ancient, and sacred. And that’s because the aromatic ingredients used for making incense are most of the time the same as those that were originally used.

Although there’s a huge variety of different incense, each stick is typically made using plant-based ingredients which feature a mixture of resins, seeds, roots, and flowers.

So let’s take a closer look at the most used ones:

These ingredients are then mixed with organic combustible material, like charcoal or wood powders, which naturally allow the incense to burn and produce smoke.

When we think about incense, the image that usually comes to mind is that of a stick that emanates an alluring, grey-ish smoke. But in reality, incense can be realized in many different ways and it can therefore have distinct shapes.

Additionally, the way you burn incense also depends on what type you use. As a general rule, there are two types of incense:

But let’s now explore these two types in detail…

This is by far the most common one: as we said, this type of incense can be directly ignited, and as soon as the flame is extinguished it generates a light smoke, diffusing a pleasant fragrance into the air. Each stick has a specific burning time that may vary according to its form and ingredients. As a general rule, a stick of incense should usually last between 50 and 90 minutes.

Moreover, some examples of direct burning incense include:

Incense sticks are by far the most popular form of incense. They are usually made of a bamboo core to which is then added a mix of essential oils, sawdust, or charcoal dust. As you can imagine, the burning time of the incense stick mainly depends on the length of the stick.  While the stick-type incense burns evenly, it diffuses a mild and constant fragrance that gifts us with a moment of pure relaxation.

This type of incense is also known as incense spirals and despite not being as common as the previous one but it has a fantastic perk: it has a long burning time. But just like for the incense sticks, the burning time of coil incense may vary depending on its size, or better said its diameter. Coil Incenses were orginally hung in front of the houses and temples to cleanse the surrounding area from negative energies.

Also, they are made only from incense material and they usually come with holders to hold the coil and its ash. Small tip: since the coil incense will diffuse a consistent, intense smoke, it’s more appropriate for scenting a larger area or an outdoor space.

Cone incenses are generally made from a mixture of essential oils and powders and it’s still often used to enrich the smell of the air while practicing yoga or meditation. If you decide to go for this type of incense, ensure your room is not too small and that you keep a window slightly ajar. Also keep in mind that, unlike incense sticks, incense cones are not as easy to burn, and you might need to follow some steps in order to use them properly.

These types of incense are less common than those we’ve just revised as it requires an external source of heat and a bit more time for the preparation. All it takes is incense, an incense burner (which usually is a piece of charcoal) a small plate that serves as a base for the charcoal and the incense, and some sand that is used to spread the heat out evenly.

The main types of burning incense are

Frankincense is also known as the “king of oils” and is derived from the sap of the Boswellia trees, which typically grow in the dry regions of India and Africa. When we light up frankincense we can feel a gentle, woody almost spicy smell which apparently has incredible beneficial effects on our body and mind: it can help reduce arthritis, asthma and it can also boost up the digesting process.

And interestingly enough, some recent studies claim that it may even help us prevent certain types of cancer. For this reason, it has always been widely used in millenary Indian medicine, the Ayurveda.

Just like Frankincense, Myrrh is also extracted from a tree, which is in this case, the Commiphora myrrha, a native tree spread through northeastern Africa and southwest Asia.

Myrrh has long been used both in traditional Chinese medicine as well as Ayurvedic medicine because it is said to: kill harmful bacteria, it may support skin and oral health.

As the name suggests, this kind of incense is made of aromatic plants, woods, and resins which are then mixed and ground into a fine powder. This is perhaps one of the most complicated way to burn incense and for best results, I’d encourage you to follow each of these five steps quite thoroughly:

Traditionally used for the Japanese Tea Ceremony, this form of incense is mixed, kneaded, and left to mature in specific jars for three to five years. Its scent is sweet, almost creamy and it is heated using charcoal or with a wood chip heater.

How to choose the right aroma?

A good way to choose the right incense for you is by simply following your nose and ideally try to also consider the effect that its smell can have on your body and mind. Remember, it’s always best to know what we want to achieve through their use before buying, so my tip is to check out the proprieties of the aromatic oils of the incense you’re choosing.

Generally, fragrances such as mint and lemon have great detoxifying properties but what some might don’t yet know is that they can be also an amazing booster for your concentration, which means that they can be perfectly suitable for your meditation session.

Otherwise, if you’re seeking a smell that can recreate a calmer and more laid-back atmosphere you should go instead for scents like Lavender, Chamomile, or Sweet orange.

Ultimately, some incenses, which are made with scents like lemongrass or myrrh also have inner natural cleansing properties that can kill some bacteria in the air hence purifying the air of our environment.

So in this article, we’ve taken a journey into the mystic world of incense, we’ve revised its ancient roots, and discovered all about the main types of incense available on the market.

As we’ve seen, each incense has a unique fragrance and different uses so you might want to know what’s your purpose before buying.

Burning incense is not simply part of a millenary tradition, but it’s indeed a fantastic way to enrich, cleansing the air around us, gifting us with gentle, mystic notes of pure delight.